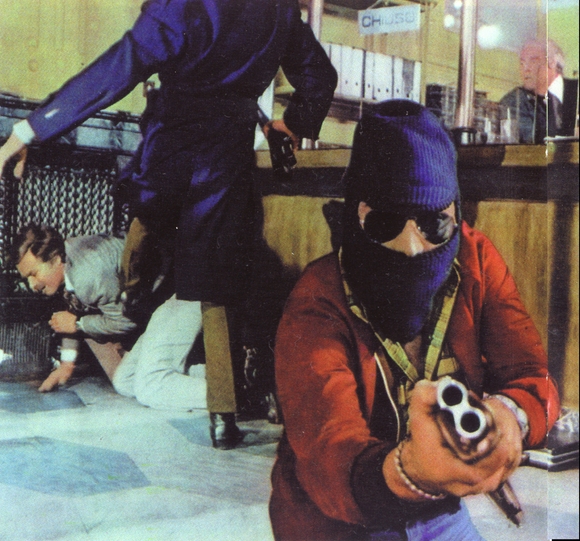 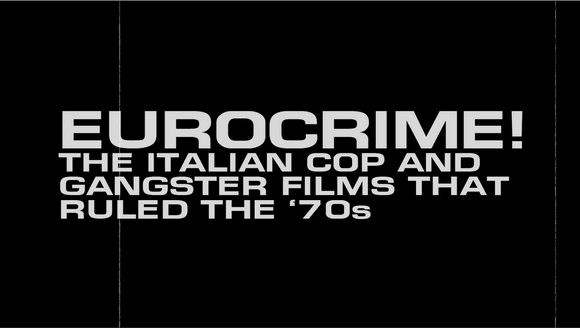 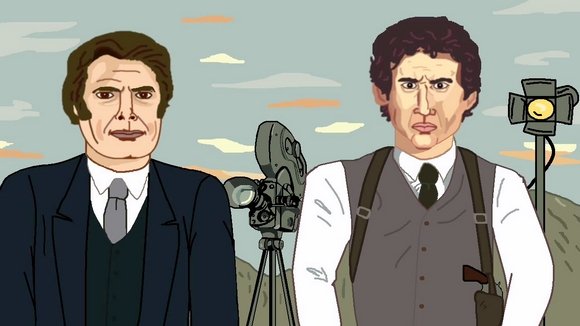 How many years it took to make « Eurocrime! » alive ?
It started earlier than ’09. I’m a film-journalism refugee from print media, and once I saw the handwriting on the wall in that industry, I tried to be proactive with a cinema doc. But I didn’t necessarily know what I was doing at first, and the economic collapse factored in. That’s why I have to make another cinema doc — to capitalize on all the mistakes I made the first time around!

Has the shooting been difficult ?
We never got anything close to a real budget, so despite directing and producing EUROCRIME!, I’ve still never been to Italy, where most of these films were made. I found a great Italian filmmaker, Federico Caddeo, who was shooting a lot of interviews for supplements on cult DVD releases over there. He’d tell me whom he was interviewing next, and if it was someone I wanted, I’d piggyback my questions onto his shoots. 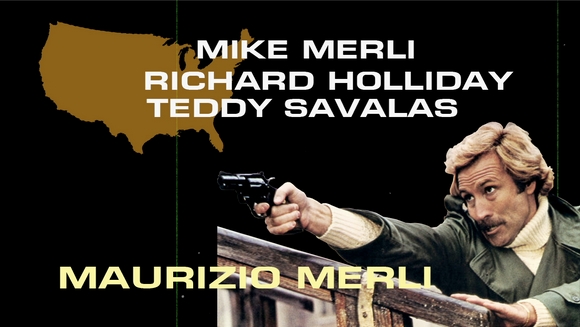 Who was the most hard-to-catch eurocrime protagonist ? They’re mostly all still alive, right ? (From Castellari to Testi to Lenzi…)
Well, the single most iconic Eurocrime actor is the late Maurizio Merli, whom I like to think of a flesh-and-blood Robocop. His characters were just on a single-minded mission to bust the skulls of hoodlums. Maurizio died in 1989 at a surprisingly young age, and he should’ve had some great story connected to it — like dying in a hail of gunfire after mafiosi caught up to him. But he died playing tennis. It’s a giant bummer that he wasn’t around to tell his story.

What is the craziest story you heard during your research ?
There are almost too many to choose. But one of the first I heard during my interviews was John Saxon crouching for his life behind a car fender while a marksman shot that car up with live ammo. It was quicker to do it that way than rig the car with bullet hits. And Saxon did that for a little-seen Italian crime film — I KISS THE HAND — during the same year ENTER THE DRAGON, one of the biggest hits of his career, was released. 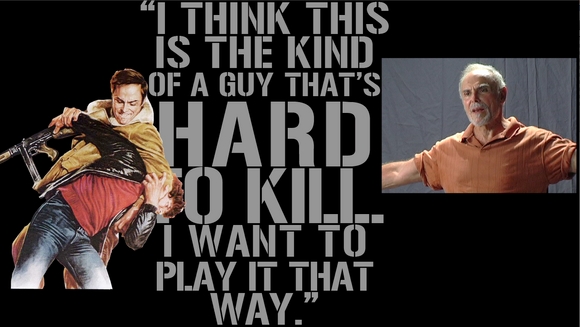 Why poliziotteschi is called « Eurocrime » since it’s strictly italian?
Well, there are French crime films — like the moody LE SAMOURAI — and those technically fall under the umbrella term of « Eurocrime. » But it’s true: When the average cinephile hears the word « Eurocrime! » (especially if it’s followed by an exclamation mark), he or she immediately thinks of bloody shootouts, tiny Fiats racing down even tinier streets and terrible things happening to naked women — all the hallmarks of ’70s ITALIAN crime films. And keep in mind — even when it was a majority Italian movie, it usually was a French, German, Spanish or Turkish co-production.

The documentary studies above all the methods of production of the films. Were they inherent to the genre ?
All the Italian film genres (Westerns, sword-and-sandal films, etc) made movies by shooting without live sound and by expecting their leading men to perform their own dangerous stunts. But the Eurocrime movies — because they had modern-day settings — were able to take this run-and-gun filmmaking a step further by « stealing shots. » That means they would film car chases, shoot outs, etc, out in public, without the bystanders knowing a movie was being made. Cameras would be on rooftops or under giant cardboard boxes with a cutout. 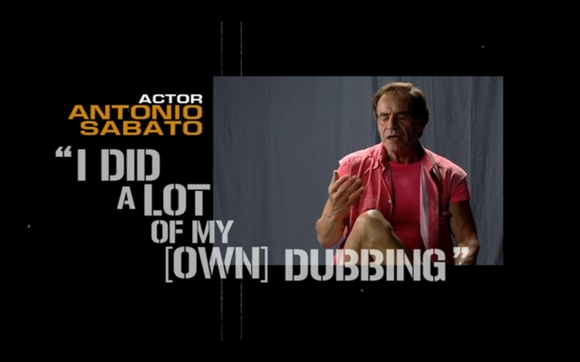 Quite a bunch of Eurocrime movies involved the Mafia. Did the organisation manifest itself toward movie makers ? (I mean filming a crime movie in Palermo must been touchy…)
Yeah, the lines got pretty blurred, especially when making movies in Napoli, it seems. The Camorra, Napoli’s version of the Mafia, sometimes got involved with the film productions. Actor Richard Harrison has a story about being hired to act in a movie, where the Camorra producers decided to cast themselves as the leads also. So Richard Harrison, an established actor, kept getting bumped farther and farther down the credits list. And then those producers decided to cast some Neapolitan police officers as the villains of the movie, so they could shove them around on camera.

How were perceived these films in Italy back then ? Were they popular ?
How can you tell that an Italian film genre was popular? When the Italians start ripping off the Italian clones of the Hollywood films rather than the Hollywood films themselves. Similar titles, lookalike actors, etc. The internal copycatting in Italian film fads meant that you were eventually watching a xerox of a xerox of a xerox. 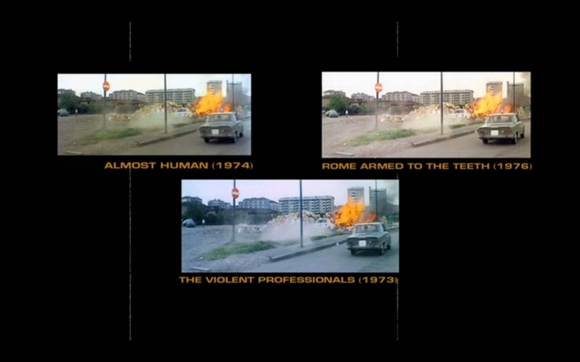 In France, we had same type of films, between exploitation and popular cinema, with the likes of Belmondo and Delon playing bad cops. But in Italy, the overdose of reality and violence made it kinda cartoon. Was all of that serious?
I think these movies, like the other Italian film fads, began with an intent to be escapist entertainment — just ripping off some Hollywood hits. But since those Hollywood hits happened to be DIRTY HARRY and THE GODFATHER, that meant Italian were making cop films and gangster films. And given the violence and organized crime in 1970s Italy, those kinds of movies couldn’t help but to touch on the issues of the day. Many of the stars we interviewed said Eurocrime violence was not gratuitous, a few said it went too far.

Its direct link to social or political problems made it more pertinent than… macaroni combat.
Right. If Spaghetti Westerns or Spaghetti War or any other Italian film fad wanted to address current social ills, they had to couch it in metaphor and allegory. But the Eurocrime movies could speak directly and specifically about terrorist organizations like the Red Brigade or organized crime like the Mafia or Camorra — the societal ills of the day. 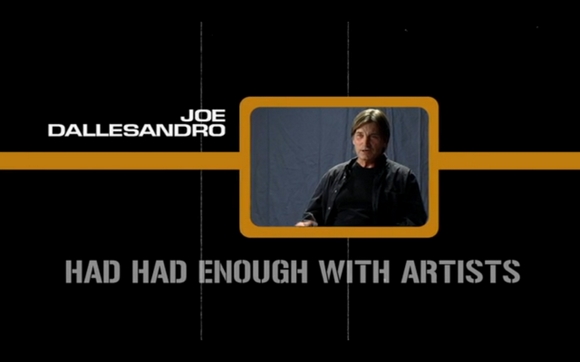 The fact some great actors as Oliver Reed, Klaus Kinski, Alain Delon, John Saxon or Charles Bronson played in some of these movies is a pledge to the credibility of the genre. Or maybe they just needed work…
Regardless of the answer to that, those recognizable actors are the gateway for many casual film fans to discover Eurocrime movies. For me, Bronson, Van Cleef, Savalas and Palance brought me to the genre. And somehow, it never dawned on me that it WAS a genre until many years later. I just thought these were random action movies made in Europe with Hollywood tough guys. It didn’t occur to me that some sort of film fad must have replaced the Spaghetti Western.

At some point, poliziotteschi films were called fascistic by the press. Why ?
That seems strange to me. On the surface, yes, some of these films were clones of the right-leaning DIRTY HARRY. But if you look closely, you realize that the bad guys are usually rich people, and the street-level thugs are sometimes meant to be sympathy-evoking. So there’s some leftist undercurrents in Eurocrime too. And that’s not surprising when you realize that most of the crews — often even the directors — were diehard communists. 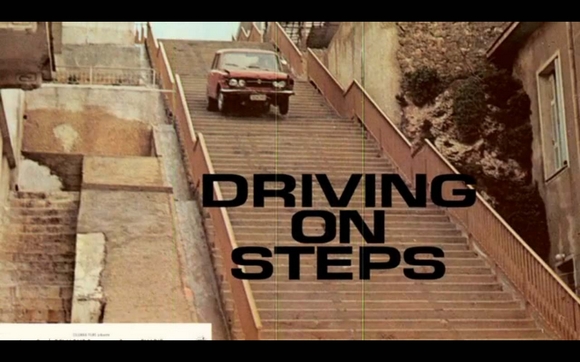 What is a perfect poliziotteschi for you ?
To me, a perfect poliziotteschi — whether a cop film or a gangster film — follows the « one man against the world » theme. It’s either a cop caught between the hoodlums on the street and the bureaucracy of his superiors. Or it’s a double-crossed gangster, running from both the law and the syndicate that wants him dead. These characters end up every bit the loner as the drifter gunslingers of the Spaghetti Westerns, but it’s just handled differently in Eurocrime movies. Some great examples of « one man against the world » movies are THE ITALIAN CONNECTION and STREET LAW.

What is your favourite one ? And the worst you’ve ever seen ?
Perhaps my favorite is the little-seen THE PERFECT KILLER, starring Lee Van Cleef. It uses the « one man against the world » theme at the sleaziest extreme of the genre. People get shot in the genitals, transvestites get slashed with straight razors. And Van Cleef manages to be badass even in a terrible hairpiece. All set to one of the most wah-laden guitar scores the genre has ever heard.

The worst is perhaps VIOLENCE FOR KICKS, which features dubbing that sounds like cartoon voices and features recycled, Casio-level synth music. In one scene, the hero needs to repair a motorcycle, so the script has him accomplish this by putting a lucky charm on the bike’s fender. Still, people seek it out because of the sadism. A woman’s face is raked up and down a barbed-wire fence at one point. 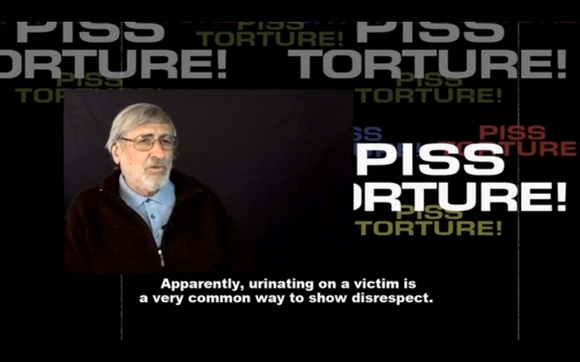 Could we still shoot this kind of movies today ?
Considering the guerilla filming of action scenes in public places, and considering the practice of making stars perform their own stunts, I’m not sure how polizieschi productions would get insured these days. Plus, it’s not very PC to whoop on women and trannies for 90 minutes, either.

Why Italian cinema is not as flourishing as before ? What’s going on over there ?
The Italian cinema industry took a major step down in the late ’70s, when the country started getting satellite channels and more options beyond just the two RAI channels they had had previously. So the practice of going out to the movies four and five times a week ceased to happen. Plus, rising Red Brigade violence put a damper on the street culture that Italy enjoyed previously — the culture of going out to dinner and going to a movie almost every night. That’s when the country ceased to be a major exporter of movies to the rest of the world. 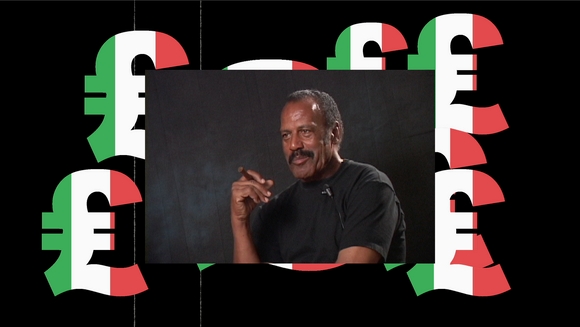 The Eurocrime! soundtrack is great. Is it the work of current italian artists ?
The main soundtrack contributors are an Italian funk band (Calibro 35), an American funk/jazz band (Glows in the Dark), and a composer (Aaron Stielstra) who has lived in both the U.S. and Italy. Muscular grooves created from Tucson to Milano.

What are your next projects ?
Meeting legendary Italian tough-guy Franco Nero during a EUROCRIME interview — and having helped produce a Western recently too — led to me co-writing the final official DJANGO film, DJANGO LIVES. Franco Nero will be reprising his world-famous Django role, and a EUROCRIME collaborator, Eric Zaldivar, co-wrote it with me. We have a bunch of other developments on the project I’m unable to announce, but suffice it to say, we’re very excited.

When could we see the movie in France ?
When someone there decides to make me a halfway decent offer. 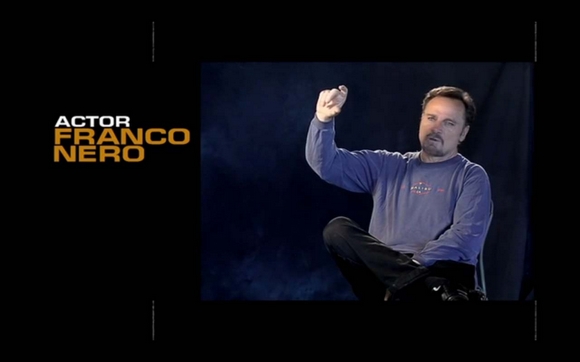